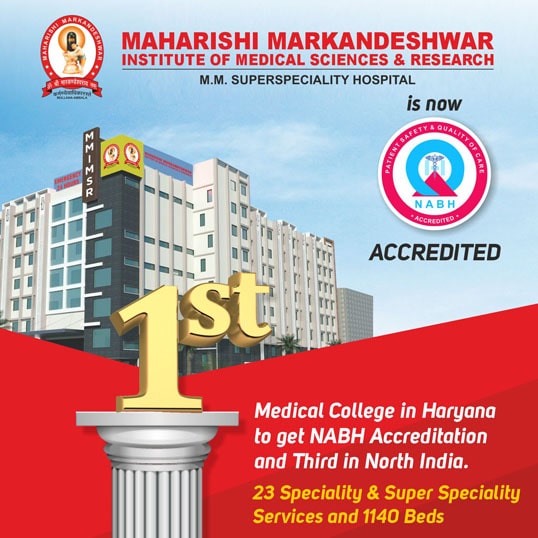 This young and vibrant girl Akanksha Kaushal from Ludhiana is 21 years old who is basically from Leh-Ladakh and has been a part of MMDU since 2015. She has been taking active part in debates and cultural competitions ever since her school days.

She joined MMDU for pursuing Doctor of Pharmacy. She considers MMDU as the best campus up North Delhi owing to the expert faculty and how the teachers here help students in understanding the concept of research. Infrastructure and amenities are also world-class and everything is easily available here at the campus. What makes MMDU the best campus is the impetus it gives to all students for their all-round development. Infinite opportunities are available for students to take part in curricular activities and industry-related projects. Akanksha feels MMDU has given her an ocean of opportunities in every field to learn, participate and grow.

She has performed exceptionally well as a student of MMDU. She scored highest marks in her class in first year, and has always been in top-3 students in her class. I She joined Literary Club in 2016 and from 2017- 2018, she also served as Vice President of Literary Club - Expressions and President of Speakers Association of MMDU.

She has served as the Secretary of public speaking at Department of Student Welfare from year 2017- 2018 and also served as coordinator of anchoring from year 2016- 2018. She also gained exposure as a video speaker here at campus Business Park at a company named - Skillberry from year 2015-2017.

She has won many Inter-University level competitions at national as well as state level including the best speaker at state level declamation contest in year 2018 and the best orator at state level declamation contest in the same year. She has won 1st position at national level declamation contest and won Shree Sharadha Ram Running Trophy in 2019 and won 2nd best speaker at national level debate competition along with a cash prize of Rs 10,000. She also won many literary competitions at MMDU’s fests like – UniversuMM and Ammunation. She has been doing anchoring since 2016 and has covered all the major events( formal and informal)  that were organized in MMDU in last few years She feels MMDU has played a vital role in providing her a platform to participate and represent the university at state and national level.